After reading you may want to download this free printable DUSTING CHECKLIST to have fun DUSTING so you won’t forget a single spot! 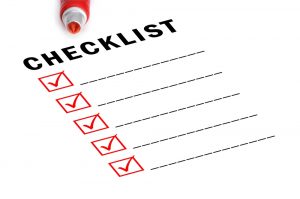 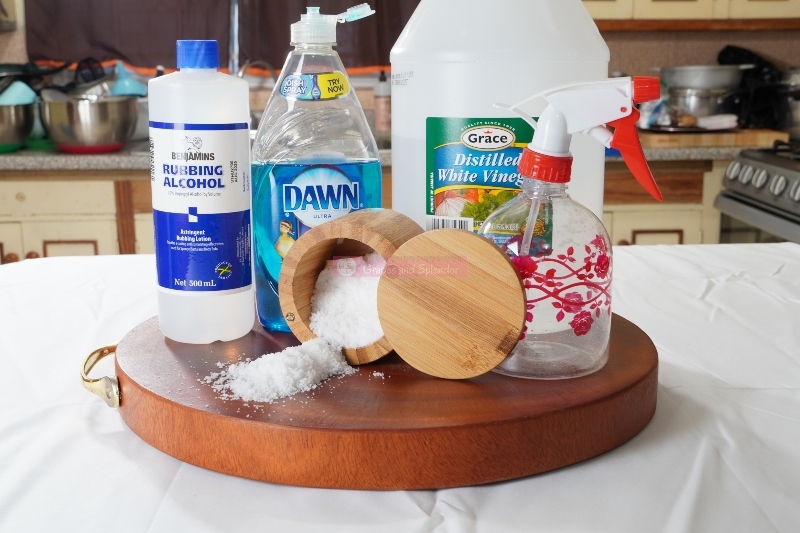 I put a mix together to get rid of some weed in my yard that seems to be out of control. While I was at it, spraying the weed, I saw some ants and decided to spray one of the ants.

And to my surprise, the ant was dead in 3 seconds. I was shocked! I thought that ant was joking so I tested it on another. Turns out that the first one was serious, and so was the second one. 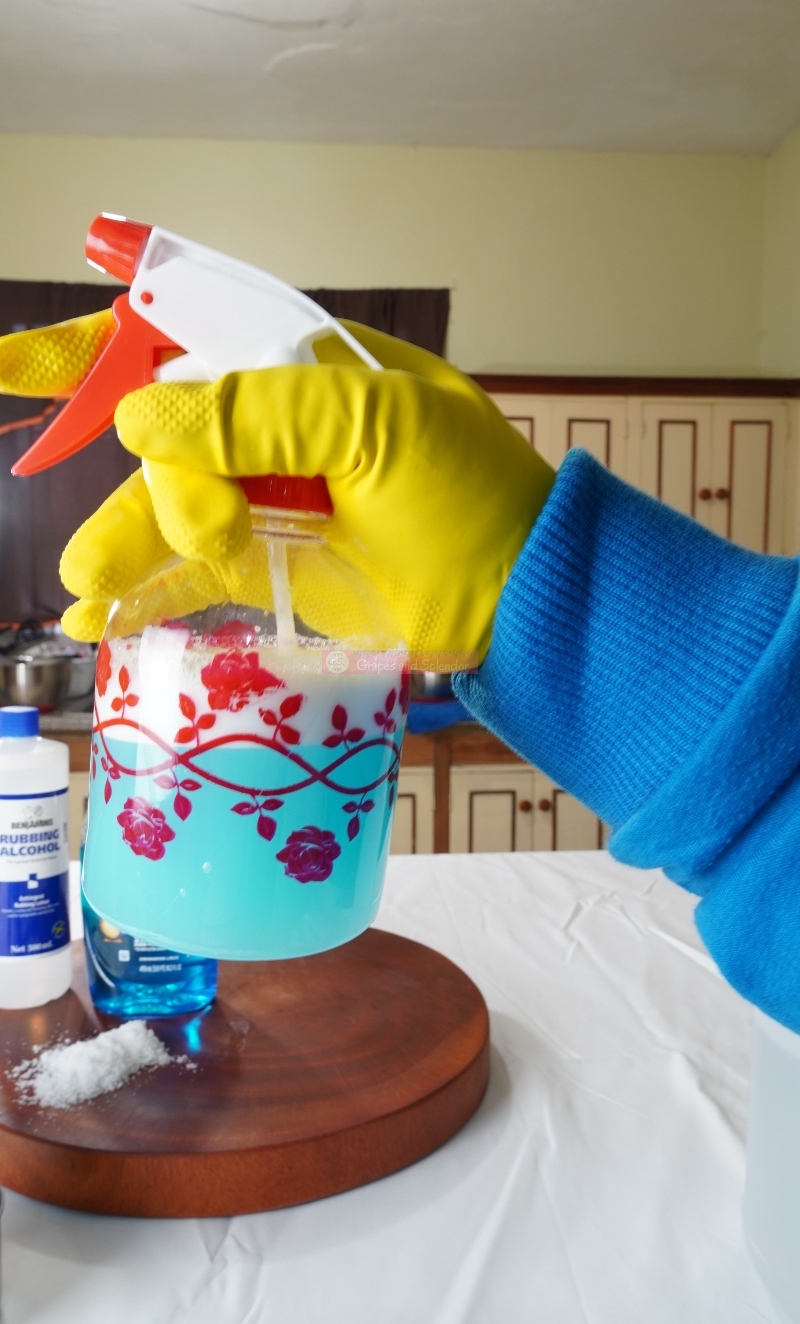 I wanted to see if it was the scent of the fumes from the mixture that got to them by just spraying it in their paths very close to them.

That turned out in them running very fast and very far without any visible proof that they were going to stop. So I tested again and realized that when they are covered in the mixture, they play a little Karate for what appears to be three seconds then they stopped and never move again. 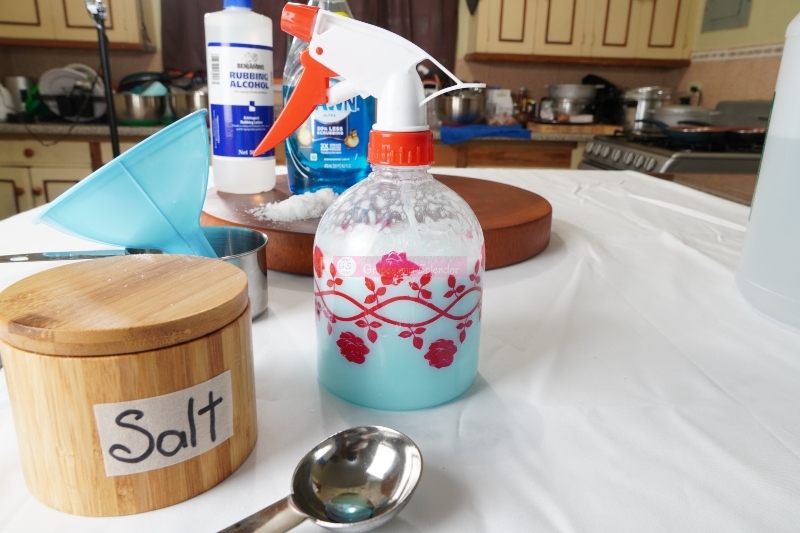 This mixture is never to be used in your farm, garden, or any indoor plant to kill weed or insects. It was made as a weed killer but it turns out to be much stronger than just that, so be careful with where you use it.

It is safe for pets so if fleas are on dogs or cats you can use this mixture to relieve your little friend of those pests.

How to make it?

Pour all the ingredients in a spray bottle and shake well to dissolve the salt and combine all ingredients properly. 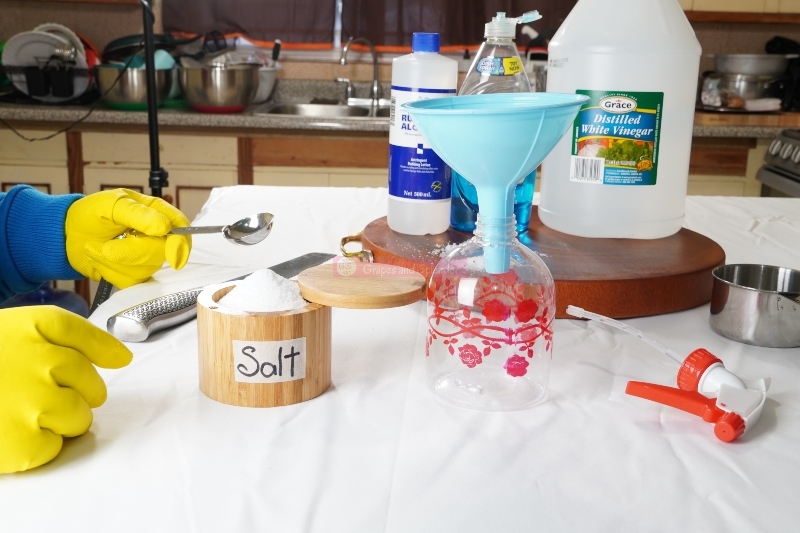 Using a funnel to get the ingredients down into the spray bottle can be very easy and save some time. I tried without the funnel and it was not the best idea. 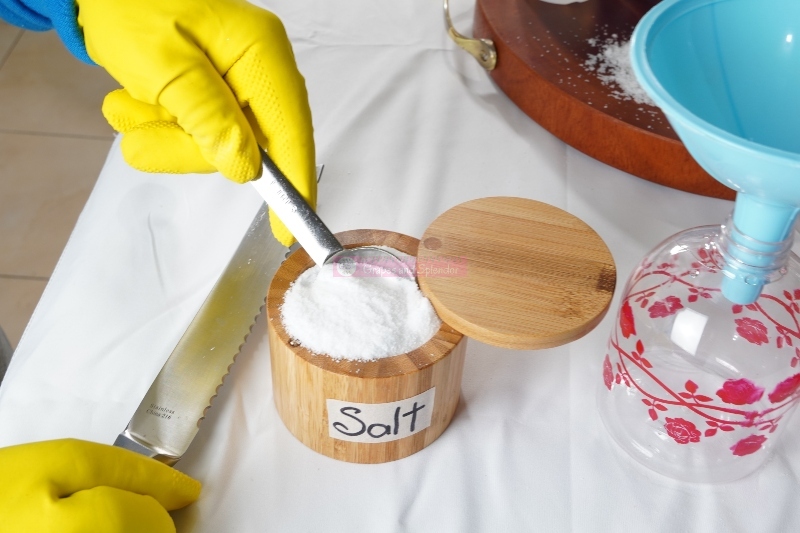 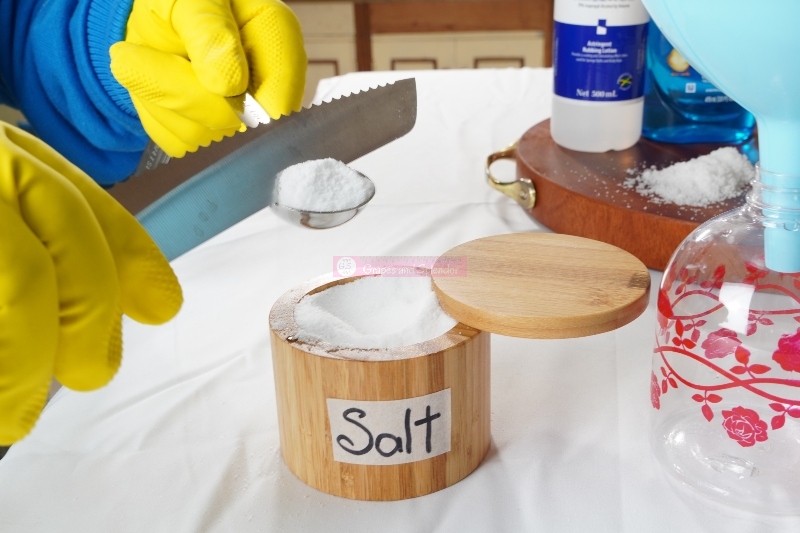 So I scrape off the excess salt to make it exactly one tablespoon. That is just a habit of mine to so-called get things accurate when measuring. You do not necessarily have to do the same for the mixture to work. 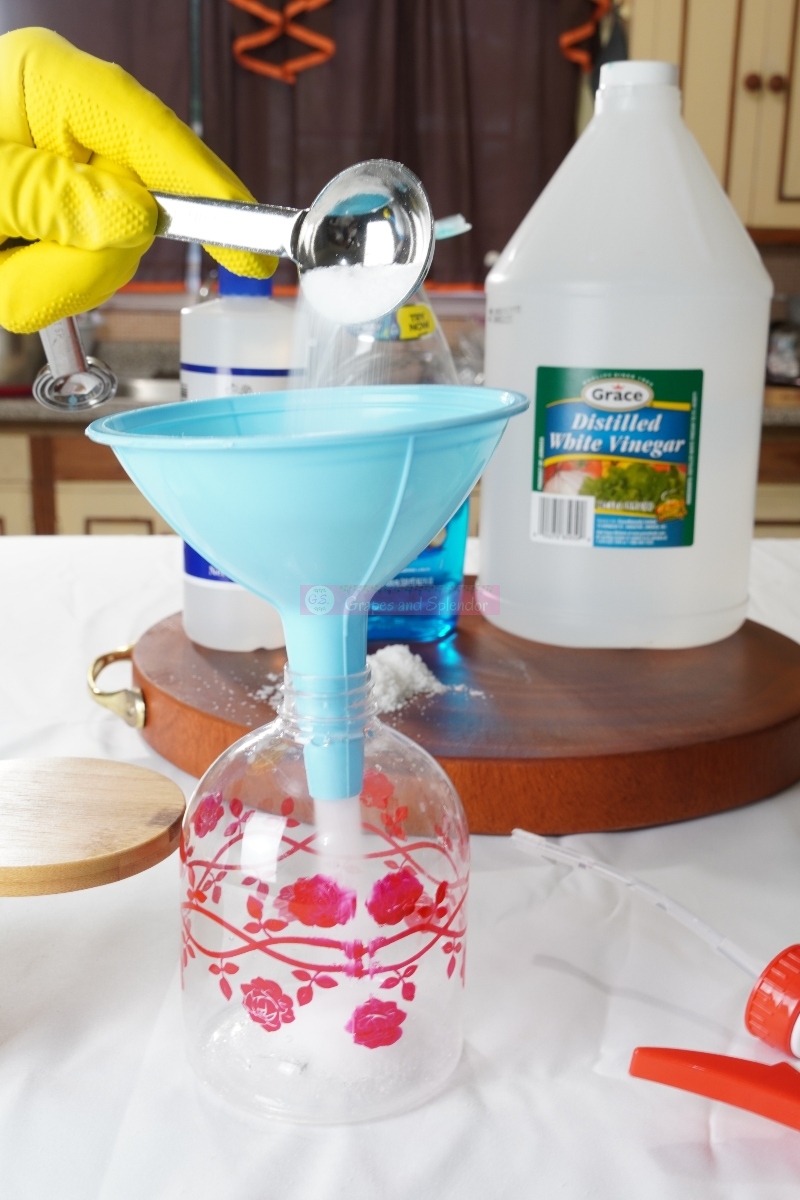 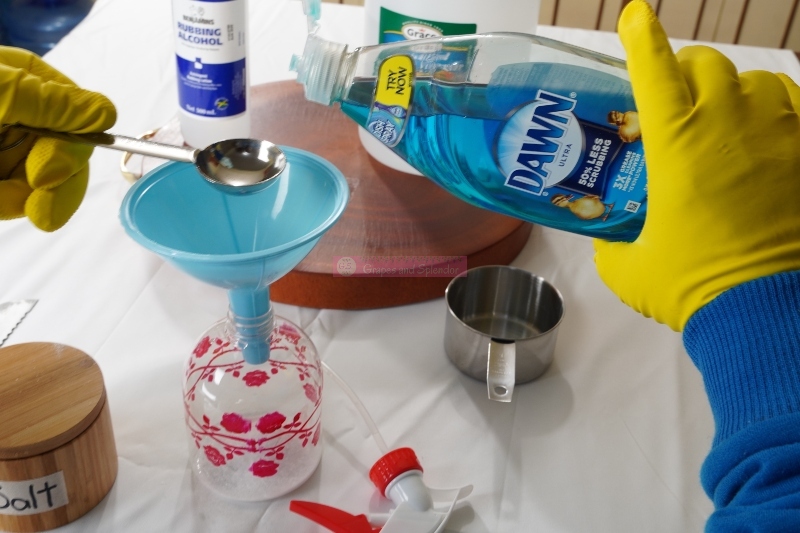 This mixture is made with dawn dish soap, however, you could use any other dish soap you have. 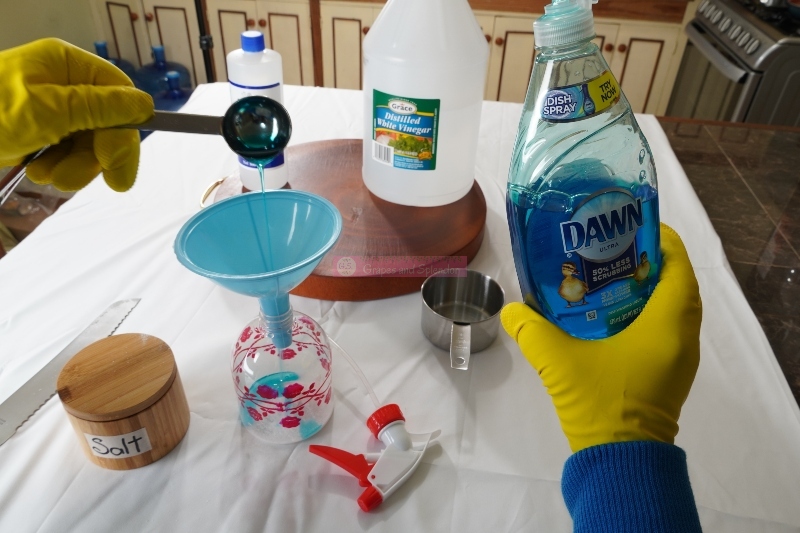 I am of the opinion that rubbing alcohol is what may have caused the insects to stop quickly. That’s just my opinion though, you can let me know from a scientific perspective what really makes it so effective. 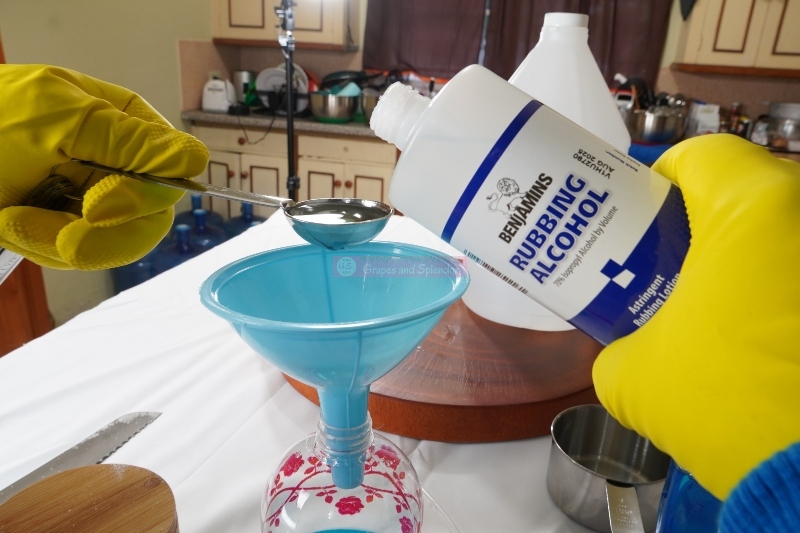 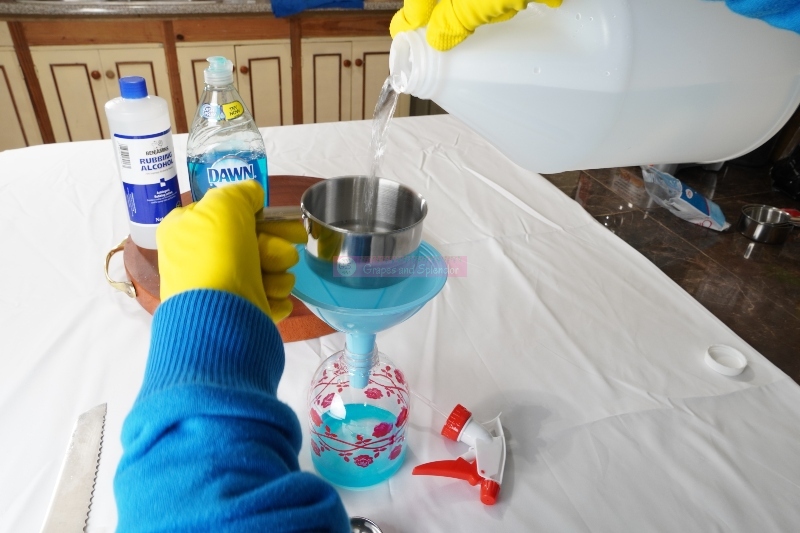 Please ensure that the bottle is covered properly before shaking it! 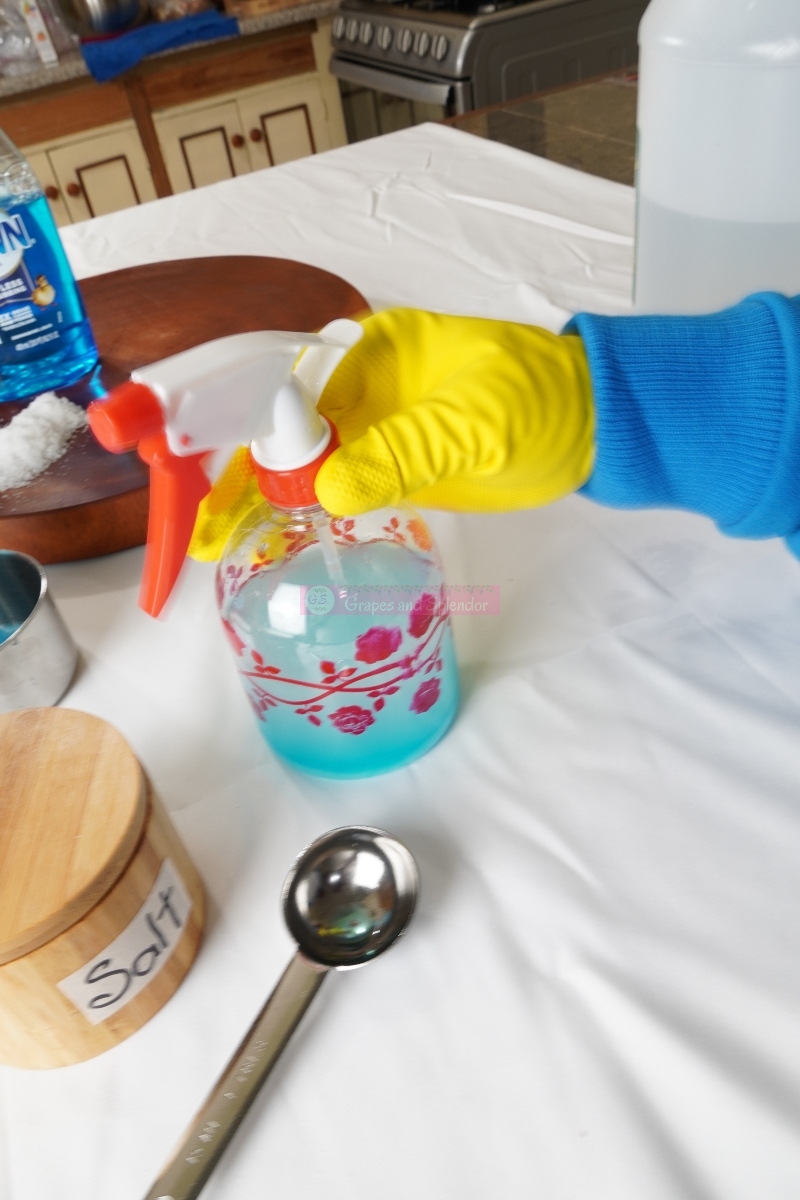 Shake well to dissolve and combine all the ingredients. We do not want any grain of salt blocking the spray hose inside the bottle. Then when you are ready to stop fly, cockroach, or some ants in their tracks it’s not spraying. Haha

The mixture is now ready to be used on the weeds that are in your way. Not to mention the insects!

This Mixture can be used to kill the following pests that may bother you on a daily basis.

Ants, cockroaches, stink bugs, gnats, flies,  silverfish, and a whole lot more. I think you should just try it out and let me know in the comment section how it worked out for you. It worked on every small insect I tried it on so far.

This is what the weed looked like after three days of spraying it with this mixture! 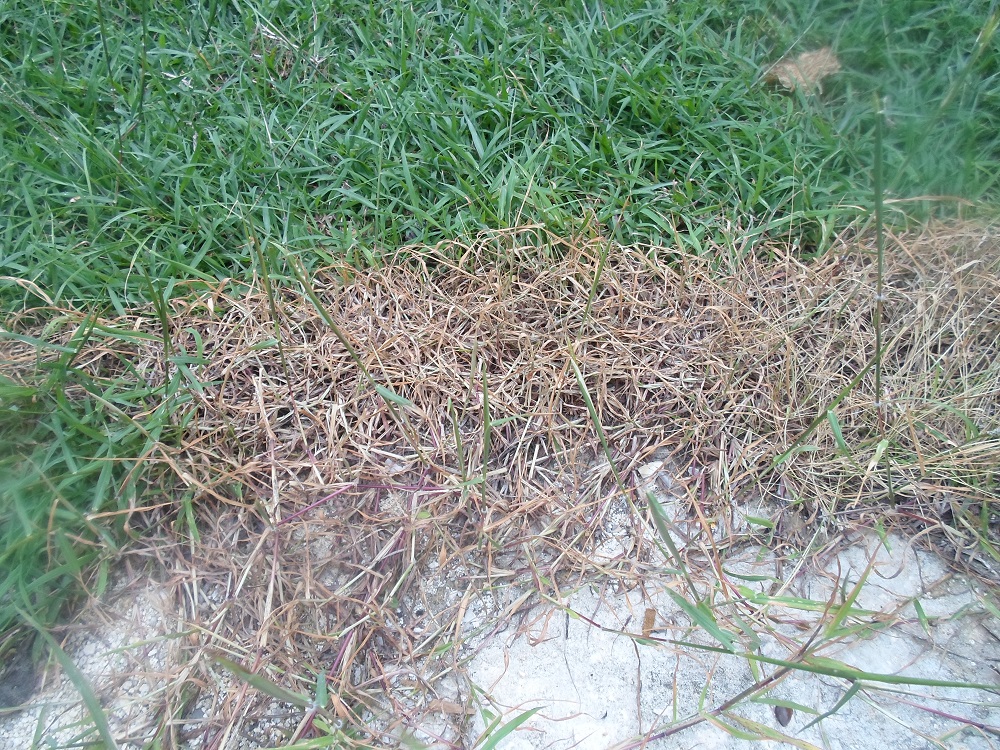 Thank you for checking out this post. I enjoyed making and using this mixture and it was also my pleasure to share it with you! Comment below if you have used this and how it worked for you!