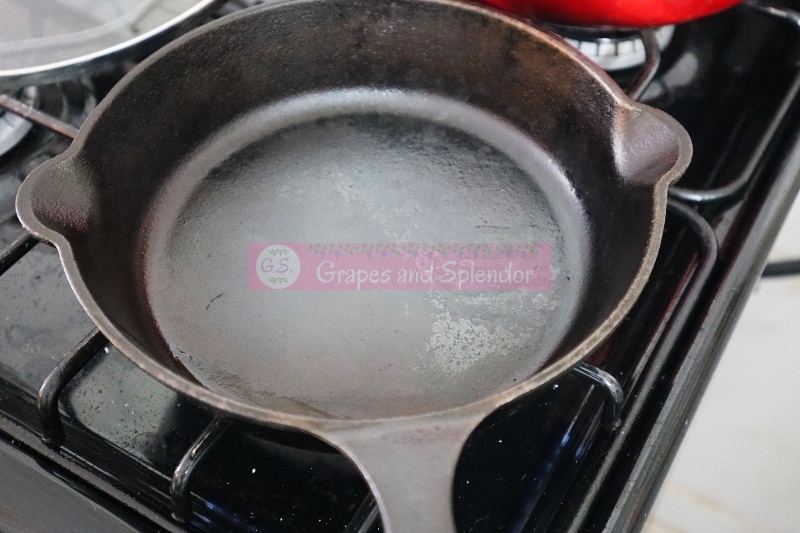 Cast iron skillets have served through generations as pots we literally cannot destroy. When I was younger I could not stand this type of skillet because I did not understand it. Why is this pot so easy to rust? I would often ask my ignorant self. Then when I learned the right set of info on this special pot, it instantly became my favorite. 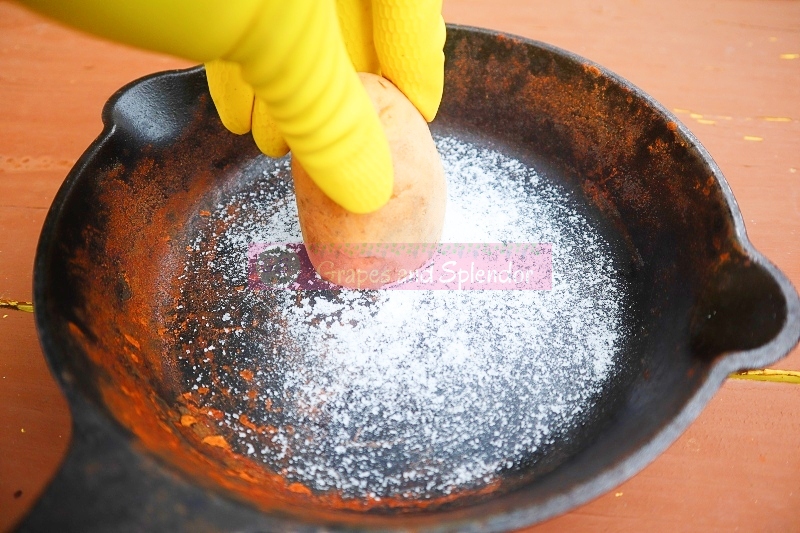 The cast-iron skillet is one of the safest pots to cook food in.

Most other pots that are made with advanced non-stick coatings actually leak poisonous toxins into our food… so much for convenience.

This pot will heat foods in such a way that it is cooked evenly throughout. This makes it great for baking as well.

The ways to clean a cast-iron skillet may vary in terms of the present condition of the skillet, what the skillet is used for and the availability of cleaning agents to your locality.

Sometimes cleaning traditions are even passed down to different generations.

Whatever the case, maintenance of a cast-iron skillet should be the main focus as this seem to be the complex part of things.

There are many ways to clean a cast-iron skillet but seasoning and maintaining it is totally different as there are not so many ways to do the latter.

The reasoning for seasoning

Seasoning the pan will cause a beautiful non-stick coating to be formed on the inner and outer surfaces of the pan. This will provide for you, a more comfortable cooking experience. If the pan is seasoned well enough it will also be easier to wash.

How to maintain your skillet

After each use of the skillet, run hot water in it to soften the particles of food that may have been stuck in it. Use a sponge, paper towel or something non-abrasive to remove the food particles.

The idea behind this is to keep the non-stick coating as much as possible.

If it is scrubbed really hard to remove the hardened food particles, the seasoning will also be removed.

Tip: never leave your cast iron to air dry as other utensils. Manually dry it and pack it away.

Here is one of the very effective ways to remove rust from your cast iron skillet and get it clean and ready in no time. 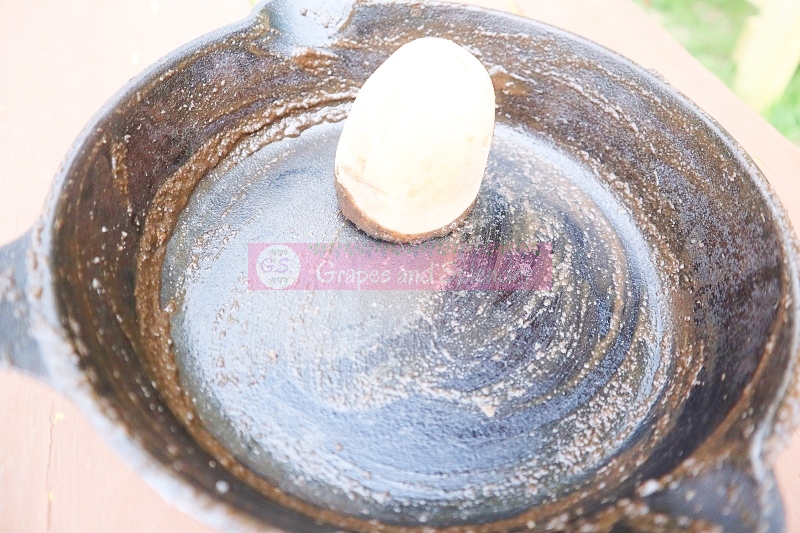 Sprinkle some kosher salt in the cast iron, slice a medium Irish potato in half and use the inner part of one half to start scrubbing the skillet using the salt an abrasive and rubbing vigorously all over the pan. 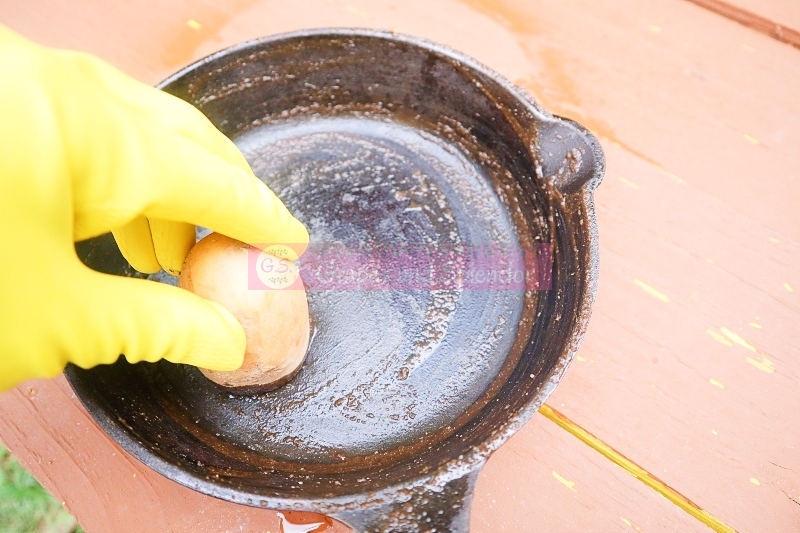 The potato will naturally moisten the surface and the juice from the potato has rust stripping properties. Rinse the pan once and repeat the process of putting more salt, slice off the ravaged part of the potato and start scrubbing once more. 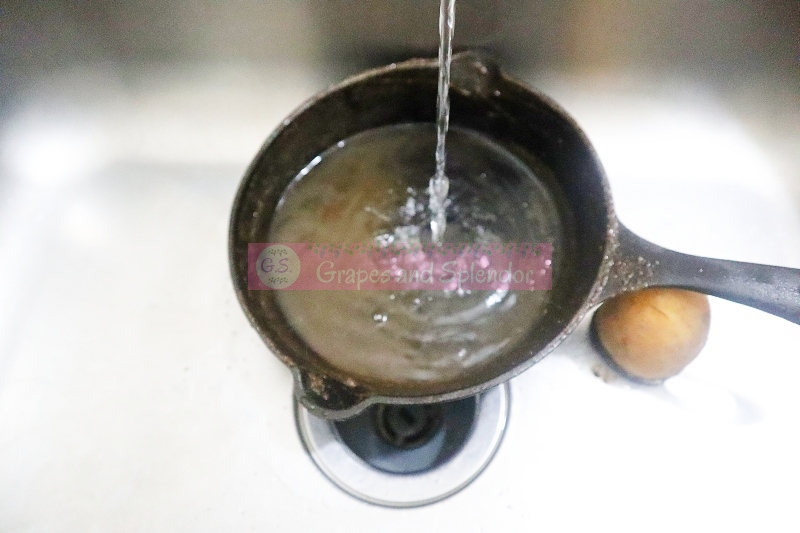 After rubbing the salt and potato all around the pan the second time, add some dish soap and rub that around all over the pan as well. The same method applied to the inside can be applied to the outside as well. Now rinse the pan and dry it with a paper towel. 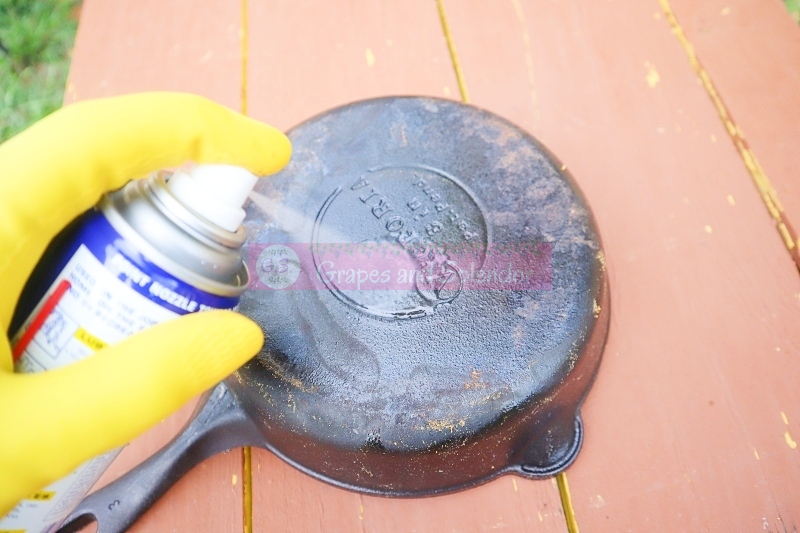 Alternatively, the outside of the pan can be coated with WD-40, that is if you choose to pay less attention to the outside where seasoning and maintenance are concerned. 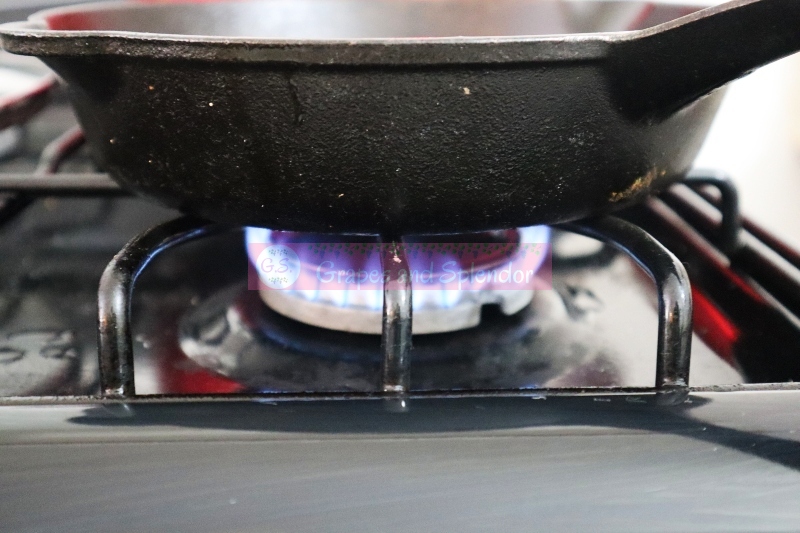 Place the pan on the stove on medium heat to remove any excess moisture that the paper towel missed. Remove it from the stove and use a paper towel to spread some vegetable oil all over the inside of the pan.

Ensure that there is no excess oil running all over in the pan in that it is just greased with a thin layer of oil.

Place the skillet on the stovetop on low heat for one and a half hours or if you prefer you can place it in the oven to bake for four hours.

I found that it was still effectively seasoned when I did it on the stovetop and it is much cheaper as way less fuel is used. 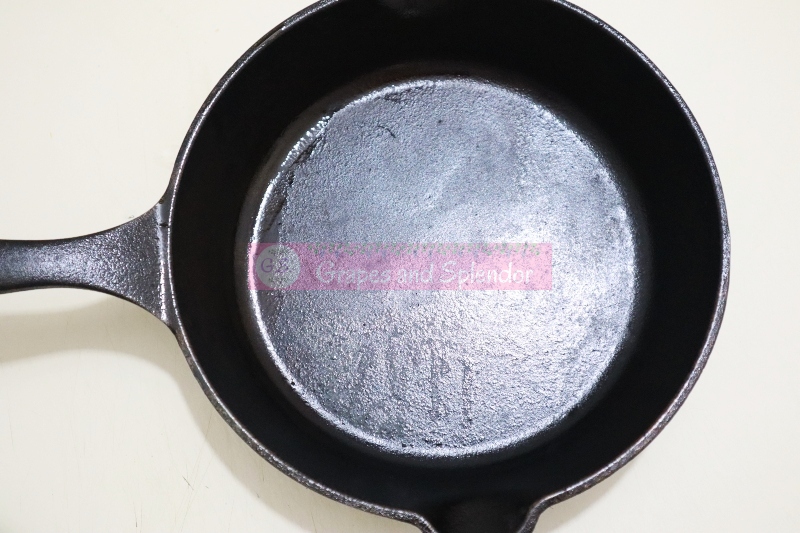 I would recommend that if you use your cast iron skillet often, season it five times in a row after each use. Then you can use it for up to two months without seasoning. This will really strengthen and thicken the coating.

Go ahead and take good care of that great pot of yours. Happy cleaning and seasoning.