There is nothing quite as satisfying as a batch of soft and buttery dinner rolls, steaming hot and fresh out of the oven; The aroma is just divine but the taste, the taste is heaven. The moment you bite into it, you can’t stop yourself from smiling, it’s so good, it reminds you to appreciate the simple pleasure.

What Are Dinner Rolls?

Dinner rolls are small, round loaves of bread made from yeast, water, sugar, flour, salt, and butter. They are usually soft and fluffy in texture and have a savory, buttery flavor. These delicious yeast rolls are often eaten alongside meals. 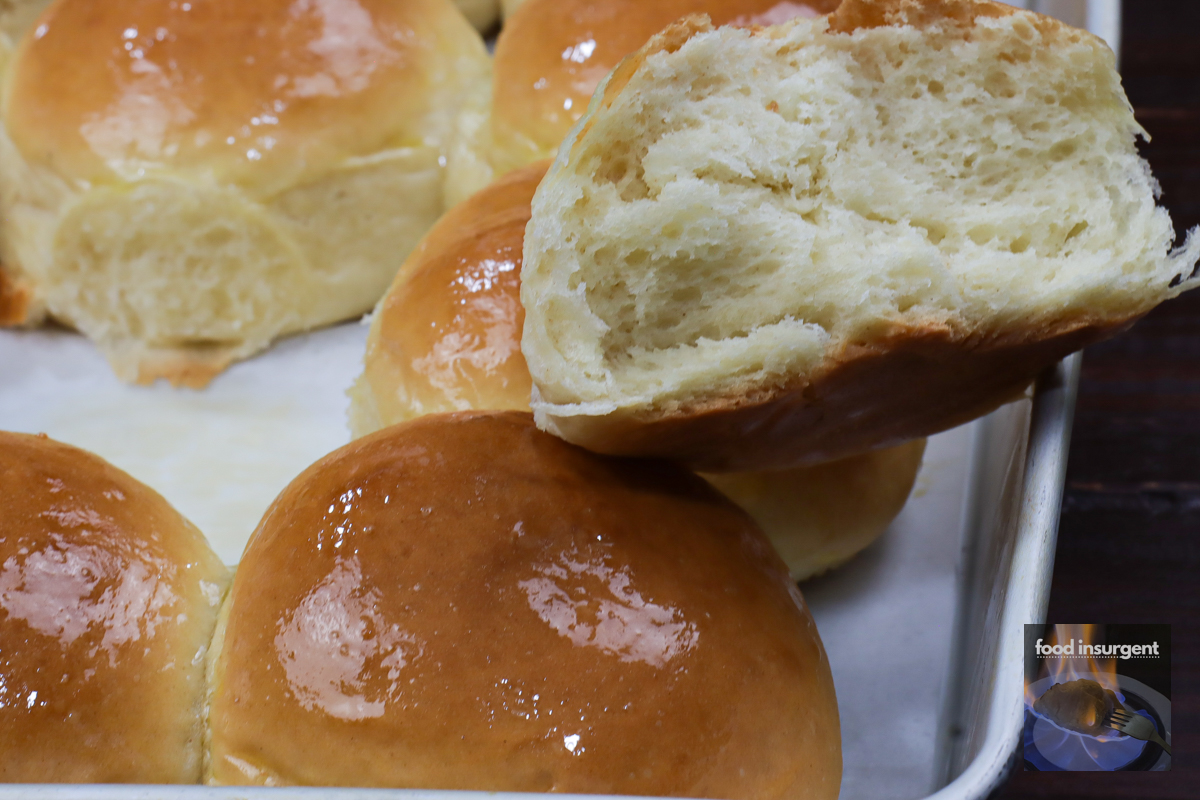 Origins of The Dinner Roll

This dinner time favorite is said to have originated in the state of Boston at the Parker House Hotel in 1854. Supposedly, the rolls were by a chef who, out of frustration, threw a batch of unfinished bread rolls into the oven. The result was the light and buttery rolls we know today.

Moral of the story? It’s okay to become annoyed as long as you create something tasty!

When To Eat Dinner Rolls?

Despite the name, these tasty rolls are so versatile that they can be eaten throughout the day, for both breakfast, lunch, and dinner! They can be served at dinner parties, potlucks, picnics, or on special occasions like Thanksgiving or Christmas dinner with the whole family.

Though dinner rolls are delicious all by themselves, they can also be eaten in a number of ways! Best served warm, they can be cut open and eaten with either butter or jam for breakfast, made into a slider with meat and cheese for lunch, or eaten alongside dinner.

Active-Dry Yeast– Once combined with the liquid and dry ingredients, it activates and feeds on the starch and sugars to create carbon dioxide which leavens the bread. It also gives the rolls their distinctive flavor and aroma.

Melted Butter– Butter contributes to the soft, tender texture, and flavor of the dinner rolls, it also helps to give the crust that nice golden color we all love. 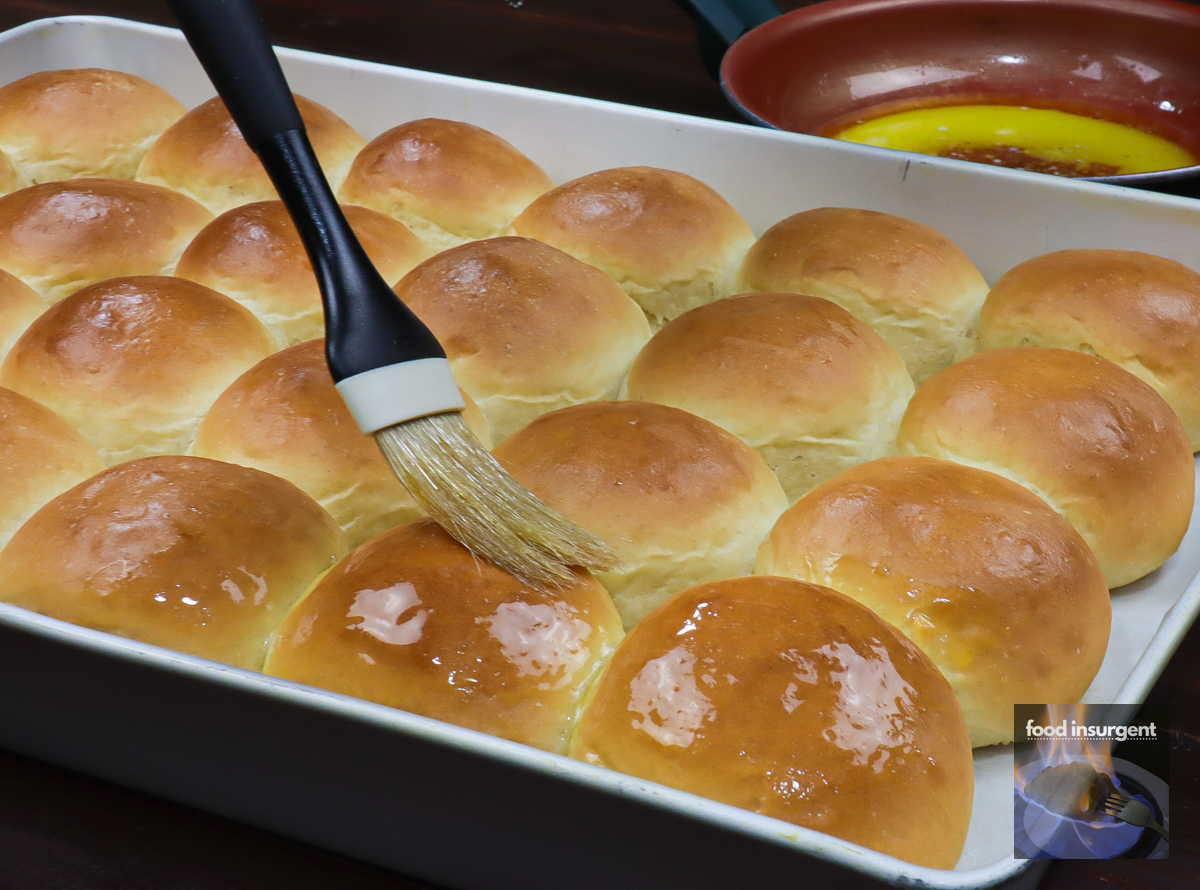 How Did We Make This Dessert?

Making these tasty dinner rolls was so easy, all we did was combine all the liquid ingredients and heated them in the microwave until the mixture was 110 degrees, then we transfer it to a stand mixer added the yeast, and allowed it to activate.

Next, we shaped the dough into a ball, placed it in a greased bowl, covered it with a damp towel, and allowed it to rise. After 15 minutes we punched the dough to release the gases and began to cut it into equal portions. We shaped the portions into balls and transferred them to the prepared baking dish for proofing.

After about 15- 18 minutes we remove the kitchen towel and baked the rolls in the preheated oven until they were light brown in color. Finally, we transferred the baked dinner rolls to a cooling rack and brushed the tops with melted butter.

Why You Should Make These Rolls?

These dinner rolls are quick and easy to make, It only took 1 hour to prep the ingredients and bake these tasty bread rolls! The ingredients are inexpensive so they’re perfect for dinner on a budget and last but by no means least is, this recipe makes 15 servings, plenty for you and your family! 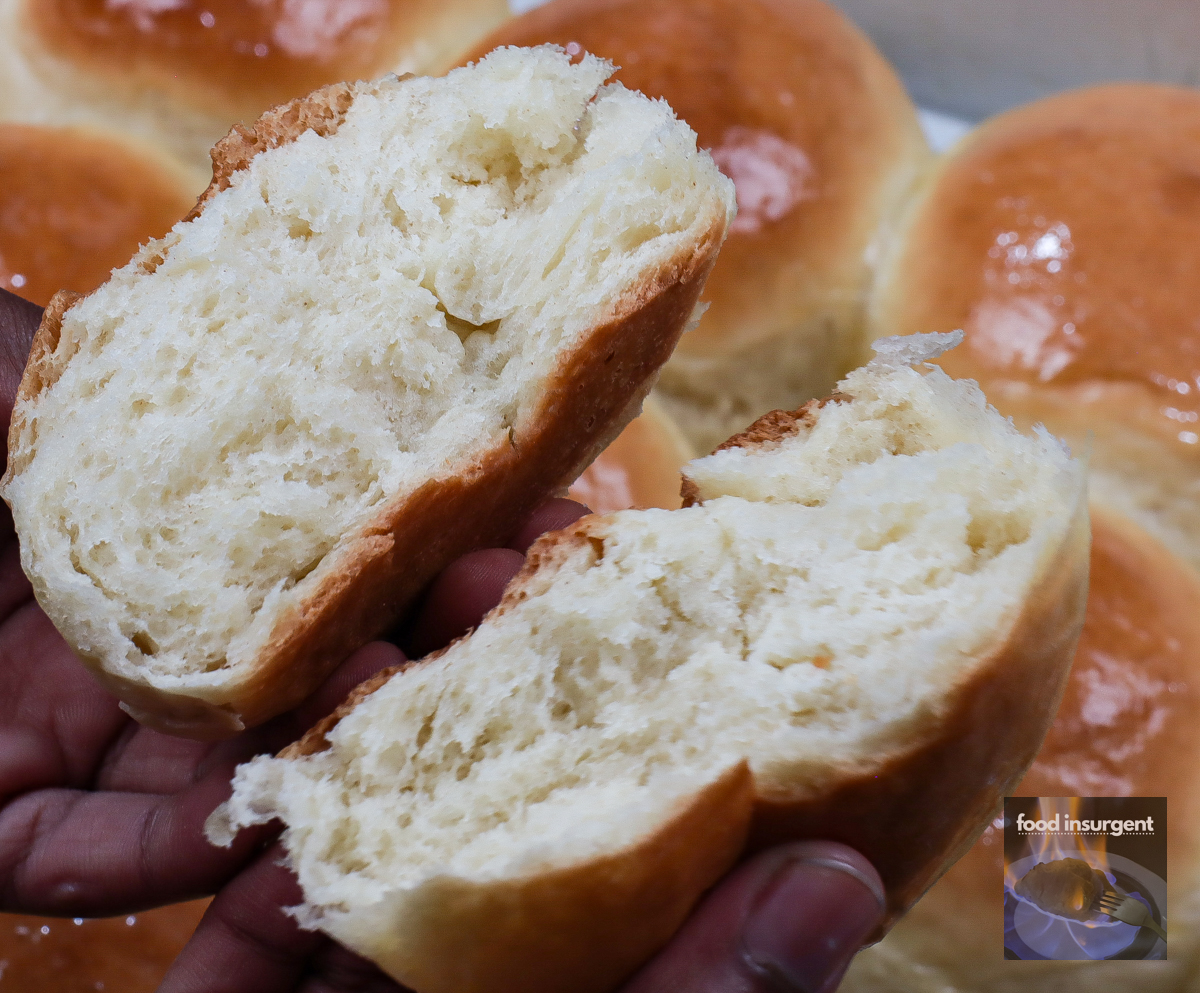 Yeast Activation– This is the process by which yeast is stirred into a warm liquid such as water or milk and left for 10-15 minutes. If it reacts by foaming up, the yeast is alive and has been activated, but if it does not react, the yeast is dead and cannot be used.

Proofing– Also known as the final fermentation, this is the last step that the dough must undergo after shaping and before baking. If this step is not observed the finished product will not rise properly.

Q: What can I substitute for All-purpose flour in this recipe?

A: If you’re fresh out of all-purpose flour, just use bread flour instead. For this recipe, you replace the 4 cups of AP flour with 4 cups of bread flour. Bear in mind, that the texture will be affected.

Q: Can I make this recipe without a stand mixer?

A: Yes you can! If you don’t have a stand mixer laying around, you can mix the dough by hand. Just pour the warm liquid ingredients into a large mixing bowl, followed by the yeast, the flour, as per the instructions.

Mix with a wooden spoon to combine, then turn out the dough onto a clean surface, knead for 5-7 minutes (add 1/4 cup of the extra flour if the dough is too sticky) until the dough is smooth. Continue with the remaining steps as instructed.

These soft and delicious homemade rolls make the perfect addition to any dinner table! This recipe is quick, budget-friendly, and makes enough for the entire family to share. So what are you waiting for? Go ahead, make them and add them to your dinner, you’ll be glad you did!