Soft and savory white bread, a staple in many homes around the globe. Delicious with almost anything, breakfast, lunch, or even dinner, you can have this whenever you feel like it! Today I’ll walk you through the process of doing it at home.

Bread is a staple food made from a dough of flour, sugar, salt, water, butter, and yeast, it is kneaded until soft, fermented, and baked. Bread is one of the most widely consumed foods around the world and has been around for thousands of years. 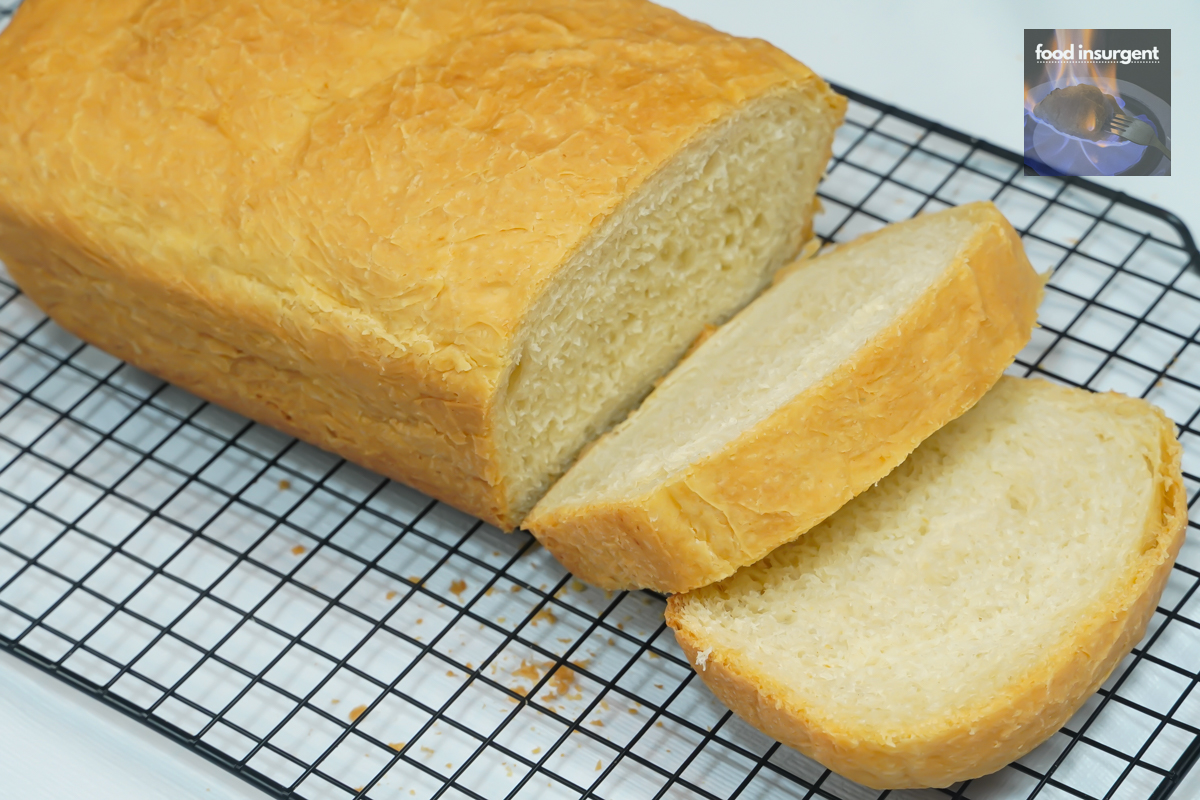 Bread, in its earliest forms such as flatbreads, can be traced as far back as 14,000 years ago. The ancient Egyptians are believed to be the first to make leavened bread around 3000 B.C. To ferment their dough, they used wild yeast which is in the air.

When To Serve Bread?

One of the awesome things about bread is that it can be eaten any time of day, from breakfast to dinner, you can have it whenever and however you like! Use this bread to make some toast in the morning, a sandwich for lunch, or some garlic bread for dinner! Bread can be used in a number of ways to accommodate guests on any occasion, whether formal or casual.

This white bread can be eaten in many ways, making it an amazingly versatile food!  Eat it with bacon and eggs on the side, use it to make french toast, a PB&J sandwich, or grilled cheese. You can even use it to make a tasty bread pudding!

Instant Yeast– This organism converts the sugar into carbon dioxide, raising the bread during fermentation.

Salt– Salt not only enhances the flavors of the bread, but also strengthens the gluten, and slows fermentation. 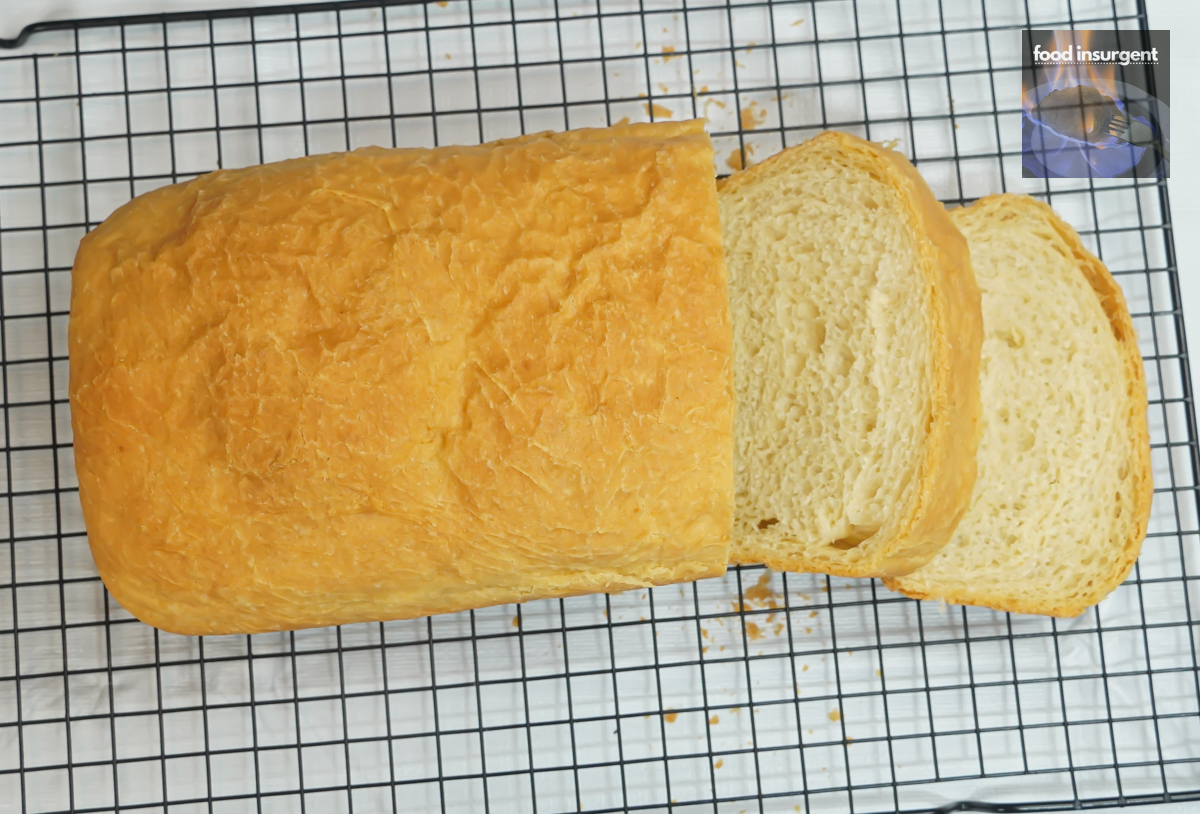 How Did We Make This Bread?

To make this bread, we placed a combination of the yeast, 1/2 the water, and sugar into the bowl of a stand mixer (with a hook attachment), then let it sit until it foamed up.

We then added the remaining water, honey, salt, butter, and 4 cups flour, kneaded the mixture until it formed a smooth dough, then transferred it to a greased bowl, and covered it with plastic.

Once it had doubled in volume, we placed the dough on a flour-dusted surface and divided it in half, shaped and rolled it into a rectangle, sealing the seams and tucking under the ends. We transferred the raw loaves into the prepared pans, proofed them for 45 minutes, then baked them in a preheated oven for about half-hour.

Once baked we transferred them to a cooling rack and brushed them with melted butter.

Why You Should Make This Bread

If you want to try your hand at baking soft and delicious homemade white bread, this is the perfect recipe for you! It’s easy to make, the ingredients are inexpensive, and the recipe yields 2 loaves of bread.

Proofing– Proofing is the final fermentation of the dough before baking. After shaping and panning, cover the dough, and place it in an environment to rise. During this time the yeast devours the starch and sugar, producing gases and alcohol which leavens the dough to twice its original size

Q: What can I use active dry yeast instead of instant yeast?

A: Yes you can, substitute equal amounts of active dry yeast for instant yeast! However, bear in mind that active yeast will take a longer time to ferment. To activate this yeast in the recipe, combine it with the same amount of water and sugar as before, then let it sit for 15 minutes. Proceed with the other steps as usual.

Q: Can I bake one loaf of bread instead of two?

A: Certainly! You can get 1 large loaf by using a 9×13-inch loaf pan instead or half the recipe for one small loaf.

There is nothing like a warm loaf of bread, soft, tender, and ready to eat! This recipe will make 2 loaves for you and your family to share; Bread is so versatile, you can have it with just about every meal, breakfast, lunch, or dinner!