Share on Facebook Share on Twitter Pinterest Email
Rich and creamy cheesecake nestled in a scrumptious graham cracker crust and topped off with a layer of delicious blueberry filling and whipped cream. Your tastebuds will come alive with this irresistibly decadent dessert, so go ahead and spoil yourself, you deserve it. What is cheesecake? Cheesecake is a delicious multi-layered dessert usually consisting of a cookie/ cracker crumb crust, a thick custard-like cheese filling made of milk, eggs, and sugar, and a topping consisting of either caramel, chocolate, fruits, nuts, or a combination of two or more. Cheesecake Facts 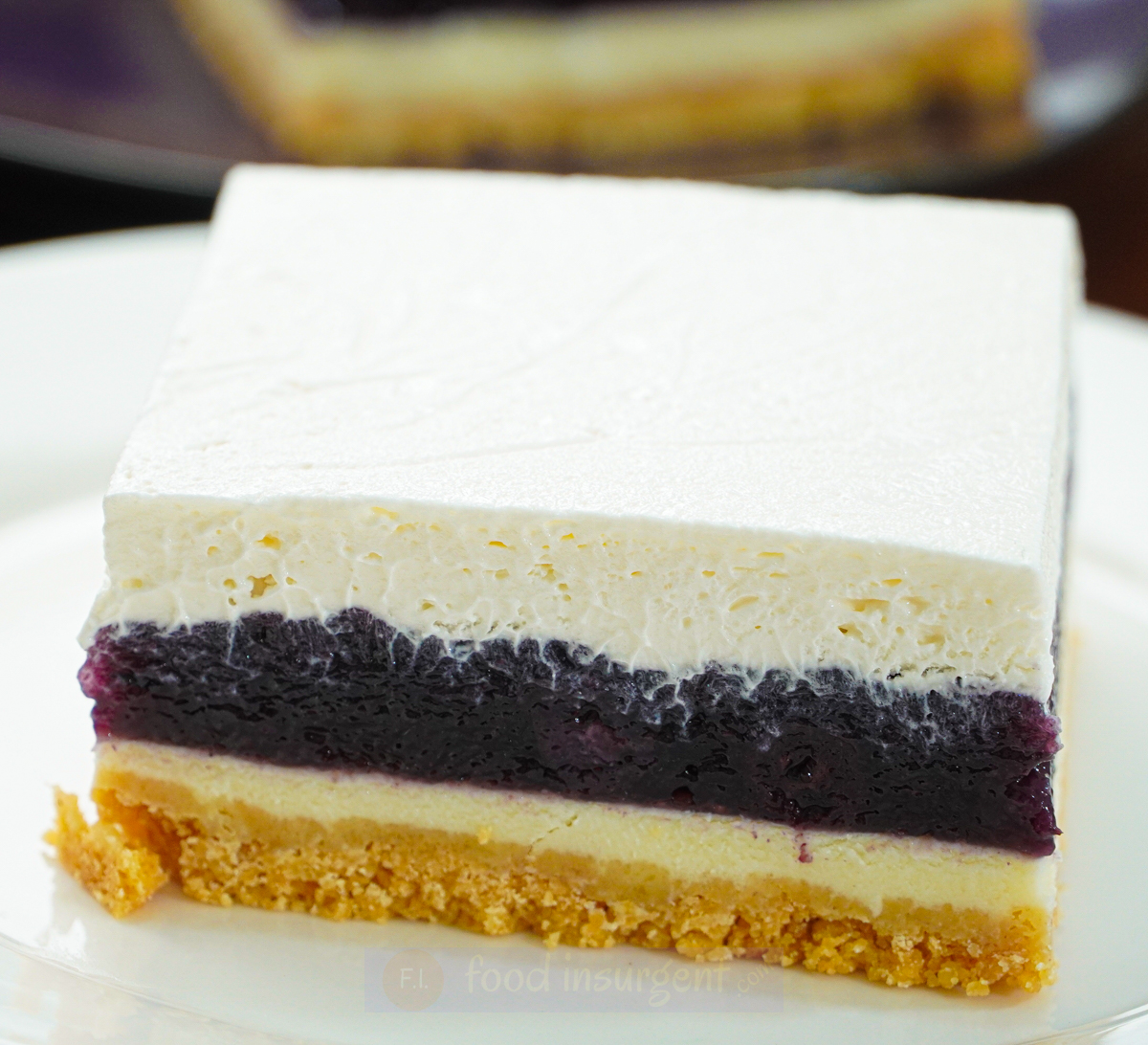 Where did this delicious dessert come from? Cheesecake is thought to have originated in ancient Greece on the island of Samos in 2000 BC. The original recipe only consisted of Pounded cheese, honey, and spring wheat flour but after the Roman conquest of  Greece in 146BC, the recipe was modified to include crushed cheese and eggs. When This Should Be Eaten Cheesecake is a dessert and so is best served after a meal, mainly dinner, but after lunch is appropriate too. This delightful treat is great to use at parties, picnics, potlucks, dinner with friends and family, or any special occasion. Best Served With Cheesecake can be served with fresh fruits such as raspberries, blueberries, or strawberries, with any fruit filling, marmalades, or fruit preserves. They also go well with caramel or chocolate drizzle, chopped nuts, and whipped topping. Whatever you choose, it’s sure to be yummy! How The Ingredients Work Eggs– They act as an emulsifier, thickener, and raising agent in the cheesecake. When heated it thickens up and emulsifiers in the yok give the cheesecake a smooth texture. Sugar – When beaten with cream cheese, the mixture traps air bubbles is that act as a leavening agent during baking. This Is How It’s Done! This cheesecake recipe is so simple it can be done in a few easy steps! Simply combine the crumbs, sugar, and melted butter, then press the mixture into the baking pan and set aside. Beat the cream cheese and sugar, then add the eggs one at a time until the mixture is smooth and creamy, then pour it on top of the crumb mixture and bake. Once cooled, layer evenly with fruit topping, chill,  then top with whipped cream, and served. Why You Should Make This This recipe is very simple, delicious, takes very few ingredients to make. It bakes in just under 30 minutes and takes at least an hour to set. This makes it a perfect dessert for making ahead of time as it can be stored in the refrigerator until you are ready to use it. Terms Used In The Recipe Preheat– Heat the oven to 350° F for at least 10-15 minutes beforehand, this ensures that the correct temperature is reached and maintained before baking the cheesecake. Chill– This means placing the cheesecake in the refrigerator allowing the cake to set and become firm. Questions You Might Have Question 1: How long should you preheat the oven? Answer: Preheat for at least 10-15 minutes before baking. Question 2: Whats 350°F converted to Celcius?  Answer: It’s 180°C Question 3: How do I know when the cheesecake is done baking? Answer: Gently shake the cheesecake, if the cake looks nearly done but the center jiggles, then it is finished. Another way is to insert a thermometer into the cheesecake, if it reads 150°F it’s ready. This recipe is fast, simple and the result is a divine delicacy! This dessert is a beloved classic welcomed at any table, serve this up at events such as birthday parties or house warmings. Present this tasty treat to family, friends, or guests and they’ll be pleasantly surprised!
Prep Time 15 minutes
Cook Time 25 minutes
Additional Time 1 hour
Total Time 1 hour 40 minutes